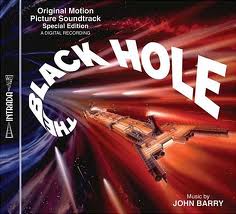 The Black Hole Soundtrack by John Barry has finally been released on the Intrada label and Soundworks helps make it happen. Senior Disney producer Randy Thornton and Jeff Sheridan completed the restoration and remix of the soundtrack after an extensive transfer process that started two years ago. The score was originally recorded in 1979 on the 3M 32 track digital mastering machine in what is now called the Eastwood Scoring Stage at the Warner Bros. Studio. After months of research we were able to locate machines still in operation and the tracks were meticulously transferred to a modern digital audio workstation known as Sequoia for processing and mixing. The initial transfers of this recording happened almost 30 years later to the day! The recently released soundtrack sold out of the first run and a second run is planned. Producer liner notes by Randy Thornton go into great detail about this daunting task and pictures of the actual recording session with John Barry conducting can be seen in the booklet. The album includes over 20 minutes of previously unreleased material as well as a special mix by Randy and Jeff called “In, Through…And Beyond!”  This mix features the analog synthesizers used in the score without the addition of the orchestra, it makes for an interesting listen and helps to hear all of the nuances of these additional sounds. The soundtrack is available now through the Intrada lablel.